ELLE Collections Behind the Scenes

So, as you may or may not know, I have been lucky enough to spend the past few months assisting the lovely Avril Mair on SS12's ELLE Collections (yes, only that award winning bi-annual...) In between calling in the season's key looks (turn to the trend section to see Burberry, Prada etc.) and producing the news stories, I had the privilege of travelling with the talented Yara De Nicola to various designers' studios where they were photographed in the comfort of their working environments (or for some of them, their second homes). 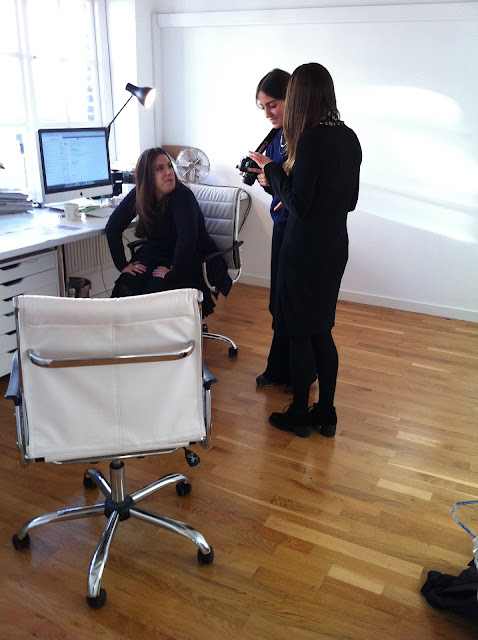 What we found were creative minds defined by cultural contexts. Erdem's private office space was ethereal and enchanting, his shelves adorned with an incredible library of the rarest and most fascinating books. His office, much like his personality, were the man incarnate - the intellectual mind of a peculiar and achingly talented spirit. 'What's that on the wall?' I asked him, referring to a shifty and somewhat disturbing piece of artwork, hanging authoritatively by his desk. 'Oh, that?' he replied, slightly unsettled. 'Well, that's a long story. Let's just say it was once on the wall of a restaurant. And now it's here.' Yes, this man really does get his inspiration from the most obscure of places. 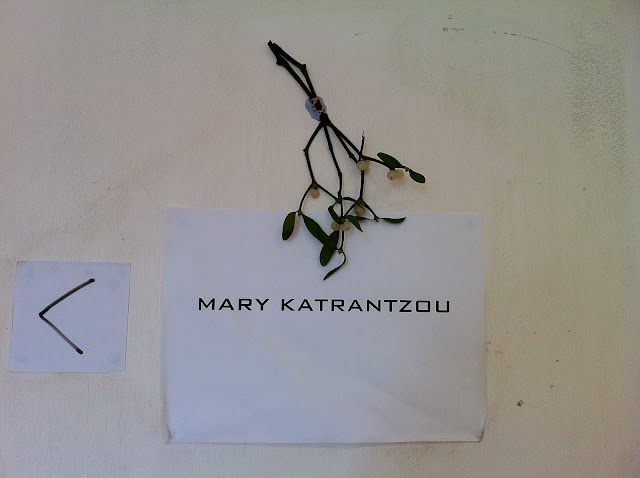 Mary Katrantzou, on the other hand, was just as cheerful as ever especially grateful that we'd accounted for her infamous knack for being tardy. Smiling that enlightening smile, she made her apologies and obligingly sat down for hair and make-up and endearingly ached to show us round. The studio area was buzzing with excitement - pattern cutting and printing galore - while Mary gladly pulled out box after box of coveted print. Sigh, and sigh again at their beauty.
Her authority on the processes going on around us were inspiring, as was her total disregard for her now 'celebrity designer' status. Genuinely, genuinely one of the sweetest people I have ever met. 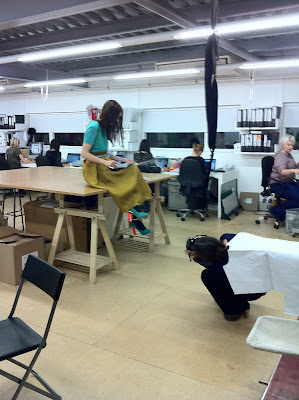 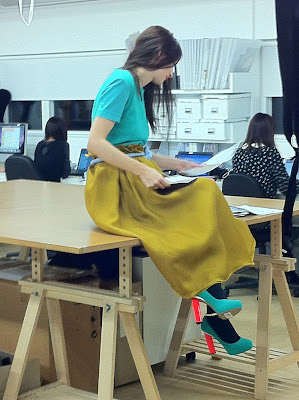 Oh, and Roksanda Ilincic, how could I leave her 'til last. So charming! So captivating with her beauty... The poster girl for her own creations. She welcomed us into her personal space, told tales of her darling daughter and talked us through her boards and rails of inspiration (one of these being her husband's parka jacket, swoon). And then of course, she slipped into this stunning SS12 get up, looking fifty times as dashing as her catwalk model counterparts.