The Olympics - one of the world's most exciting sports events steeped deep in history and tradition. Or else, just a load of sportsmen winning medals and - most importantly - team GB running riot in kits designed by none other than our very own Stella McCartney. Jealous, us? Well, we might say no - I, for one, am not a fan of chasing batons around a never-ending racing track - but there are those of us that would beg to differ. After all, with all this sports gear finding it's way into mainstream fashion, the Olympics have had an undeniable influence on this summer's sports luxe trend. 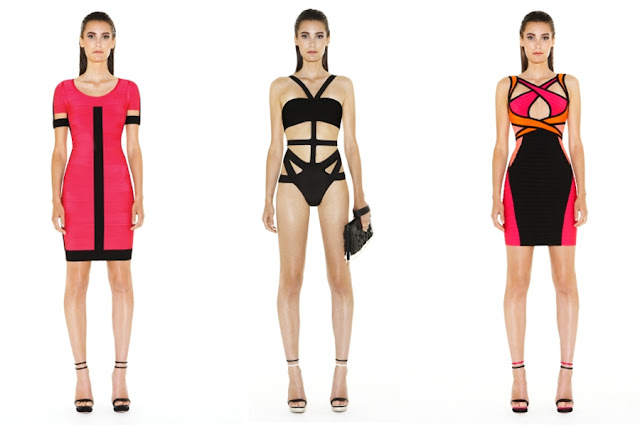 Exhibit A: Herve Leger's resort 2012 collection. Now, coming across this press email in my inbox was the inspiration for an Olympics post. Why? Because I like this collection. Being as I am - ahem, slightly uptight in my dress sense - you'll know that I'm hardly the 'cool' type that can carry off trainers and mesh stroke hooded garments with even a hint of aplomb. But this? I like. (Not to say that I could pull them off, the second swimwear look in particular... Personal trainer, anyone?) 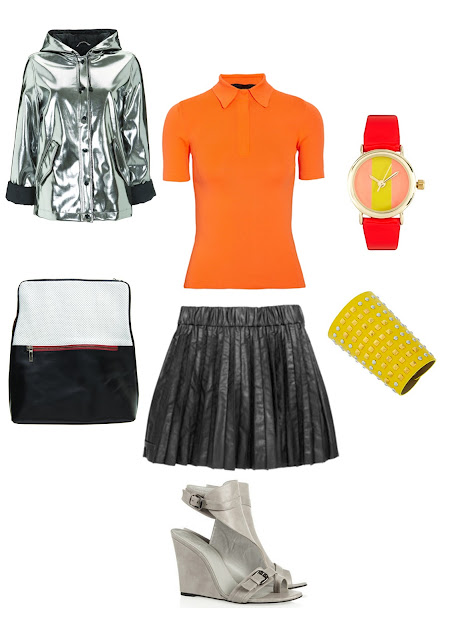 Exhibit B. How I might attempt to try thing whole thing out. The hooded jacket, clutch and cuff from Topshop are all pieces that could work just as well separately - the deceiving clutch in particular which looks much more expensive than its £55 . If you're unsure about you're stance on - or the longevity - of a trend, then it's always best not to invest too heavily in anything that will be out of your wardrobe faster than you can say 'I can't wear a silver hooded jacket'. A little less scary - for me, at least - are the skirt and shoes which are both from Karl Lagerfeld's 'Karl' line and veer much more towards 'sport luxe' than 'sport sucks'. (Either could make a successful transition from sporty to minimal, for instance - another key trend this summer.) The watch is ASOS (£12 - serious bargain) and lastly, that vivacious, hard-to-miss orange knit is by the king and sometime pioneer of the whole sport-inspired look, Alexander Wang.