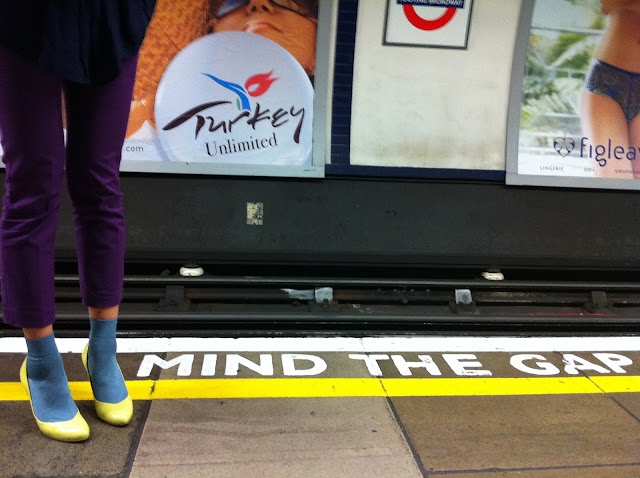 Trousers, Zara. Socks, Jonathan Aston. Shoes, Marc by Marc Jacobs.
Mind the gap... In blog posts? Apologies for the lack of blog-loving troops. I have found myself caught in a waterfall of dutiful tasks resulting in a subsequent blogosphere dry spell. And yet, all I can do is apologise, so... sorry folks.
Being what only be described as a 'nobody' in the grand scheme of our universe in which we - yes, you too -are merely an insignificant atom of barely representative of life on earth, I'm not unfortunate (or fortunate as some headline seeking celebs might see it) enough to have any remote form of paparazzo following trying to snap me leaving a bar, getting a coffee or better still, going to the bog. Turn this atom into a molecule - a.k.a an Angelina Jolie or a Lindsay Lohan - and the paparazzi are rumbling in the bushes faster than you can say 'I'm A-list!' But back to the point of this 'nobody-ness' that I so fondly embody. My point being that this results in a painful lack of evidence of my ever having been on this earth and even more painfully, a blatant disregard for a record or detailed analysis, if you will, of my style. The truth is that I would love to share my style with you wonderful other nobodies on a more regular basis - having been told by my twitter followed that this was what they would want to see more of - and so, this is exactly what I intend to do. As of next week, folks, there will be more of 'me in outfits' and less of the photoshopped outfits kind. And that's a promise. 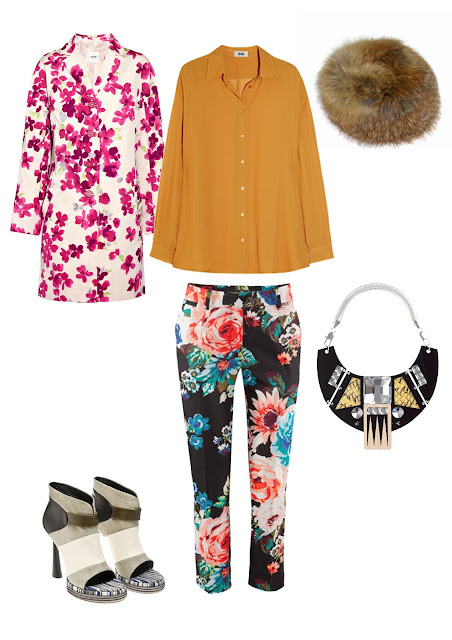 But in the mean time... Here's an almost entirely accurate representation of what I wore yesterday. Oh, and the picture above this last 'photoshop outfit' - the phrase which I am now coining and claiming - is the little kick of colour-blocking which brightened my day. (Yes, my own outfits can brighten my own day. You should try it sometime - it's pretty satisfying.)