Be My Valentino - Couture 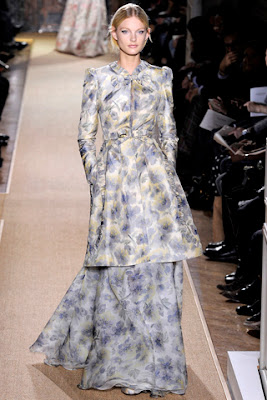 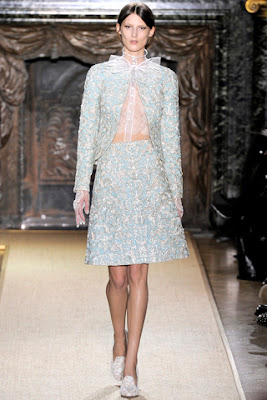 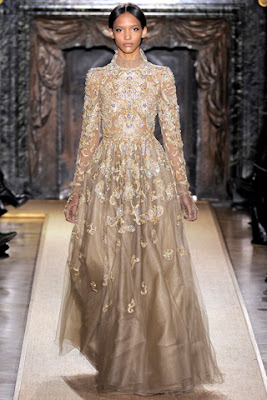 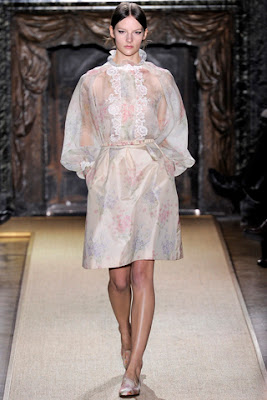 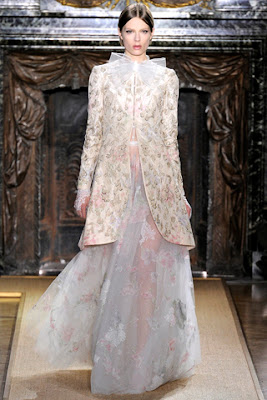 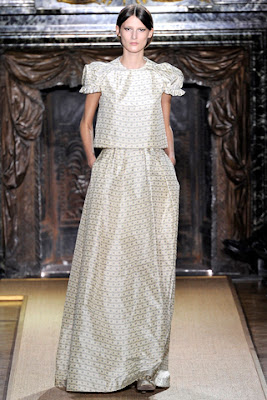 In my mind - mind noun 1. an overactive reservoir of memories and associations - I link many memories with associated sentiments. Take Father Gill, for example. As a young girl, my mother used to wake me promptly at 9.30am every Sunday as I, bleary-eyed and begrudgingly, though I won't say that for fear that it could appear somewhat blasphemous would slip on my Sunday best and skip off to Church taffeta-clad and frizzy-haired. Now I didn't exactly enjoy mass - it's hardly a 9 year-old's idea of play time - but I did love Father Gill (R.I.P). He was a gentle, Irish soul with a mean sense of humour and a knack for unleashing unexpected bursts of wit. Yes, he made mass fun, apologies to the current priest, Father... Oh damn I've forgotten his name and it is with thanks to his kind-heart that to me, over time, his face became as synonymous with God as the sun with the sky.
'Ok, ok', I hear you say, 'what exactly does this have to do with Valentino Garavani?'. Well, my point being that the simple mention of his name conjures up a whole image bank of memories - the contents of which date back to British Vogue's April 2004 issue in which I first came face to face, heart to heart and actually nose to nose, too with the delicacy, grace and femininity of this man's very being. And I mention this as there's always a HUGE risk associated with the task of entrusting your empire - and history, mind you - into the hands of another (as Mr Garavani has done with Pier Paolo Picciolo and Maria Grazia Chiuru). But the pure passion, creativity and respect that the design duo have shown for the history of Valentino has never been put into question - you'd only need to sneak a peak at the SS12 RTW collection for reference - nor has never been more evident that it is in this collection.
"If you don't think about fashion, you just do clothes," said Piccioli. "Fashion needs culture or it becomes empty."
Style.com