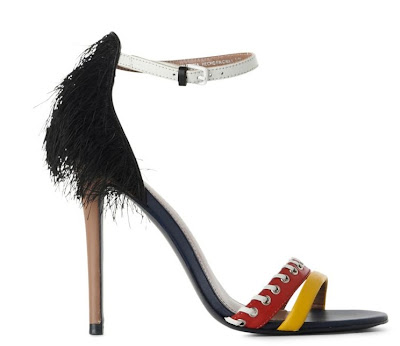 Today I am off to buy these babies. If you haven’t seen them – or some variation on them – before now, then you have been hiding under a rock missing out BIG TIME. J W Anderson, Preen and Mark Fast have all produced some smashing pieces that bare a striking resemblance to their mainline stuff. So if you, like me, aren’t rolling around in pots of gold always inclined to spend an arm and a leg then you’ll be grateful for the occasional affordable designer piece.

Admittedly, I don't get my toes out for any Tom, Dick or Harry - I was a ballerina for 13 years, work it out - so I'm naming these Oscar. An event like this deserves recognition.

Out in Selfridges today, then ASOS.com and nationwide in March.